I’ve had such a problem with bad skin just recently. Stress and tiredness, amongst other things, are conspiring against me and making my skin incredibly blemish-prone. I’ve had to get the big guns out. (…Not a euphemism…)

What do I swear by? I’ll tell you…

On a budget? This is perfect for you then! This tea tree oil costs just £1. One. Pound. Everyone… 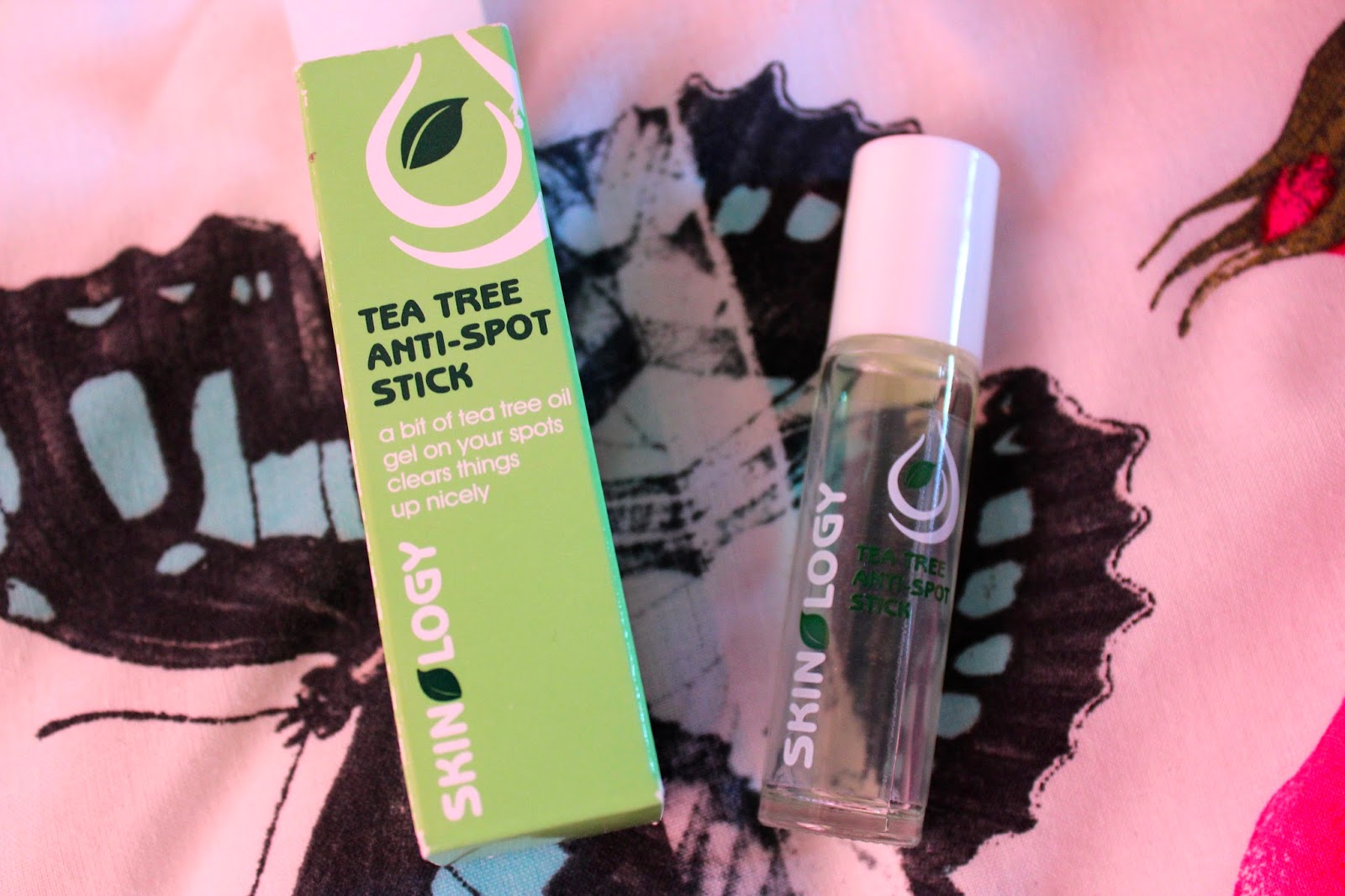 This is from Wilkos. Or to give the shop its proper name ‘Wilkinson’. If you’re not familiar with it, it’s a UK high street DIY/Stationery/Bit of everything store. They have their own range of budget skincare products and I’ve been buying this product for quite a while. I know that there are other ‘higher quality’ tea tree oils on the market, but this is cheap, it’s easily available, it lasts quite a long time and it does the job! What more can you ask for?

It’s a rollerball applicator which makes it quick and easy to apply and the ‘bottle’ that it comes in is made of glass.

The packaging is relatively basic, but for the price this sells for, is it really too bad to have to compromise on the aesthetics of a product?

Fancy splashing out just a little?  Okay, so this is the product for you. 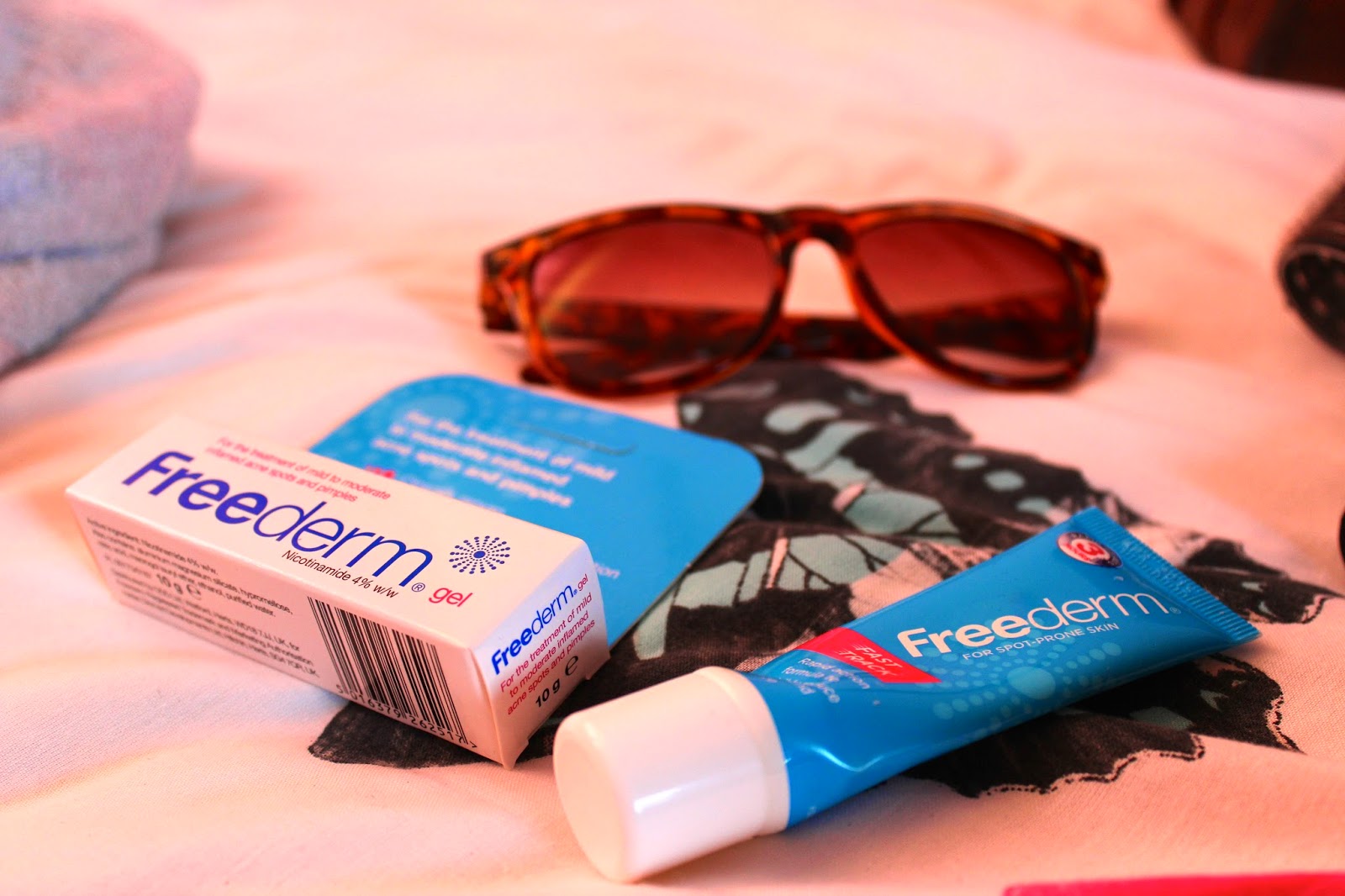 FREEDERM. Yes. I love this. It sets you back from around £5 to £10, depending on which size tube you buy. So, it’s quite expensive, but this lasts a while (depending on how spotty you actually are) and it seems to really speed up the process of blasting* those pesky zits.

(*’Blasting’s’ probably not a very good word to use there. There’s no blasting involved, per se. It’s more just application and then the inflammation slowly dies down…)

The Fast Track product claims to help get rid of redness and inflammation within just four hours. It’s good. I’m not sure whether four hours is accurate for me; but it certainly really speeds up that process. The normal product doesn’t boast about the time scale of zapping zits, but they both seem to work really quickly for me.

It’s worth noting that this doesn’t make my spots sting either. With having relatively sensitive skin anyway, I’d honestly rather opt for a gel that doesn’t make zits tingle and feel sore. It doesn’t really dry my skin out either, which is a HUGE BONUS.

(I’m not that keen on the word ‘splurge’. It sounds rude to me… But I’ll go with it anyway.)

This is expensive stuff. I’m warning you now. I’m talking £15.50 here for a 40ml tube of Effaclar Duo. It does seem to be helping my skin at the moment though.*

It’s La Roche Posay, a brand which I have briefly mentioned before, when I talked about the Thermal Spring Water spray. It’s a French product that I bought from Boots a couple of weeks ago after my friend recently recommended it to me. The scent of this product is a bit… weird at first. It’s incredibly hard to describe though, so I’m not going to…

*I’ve been using it for around three weeks now and I have actually had a really bad breakout since. There have been days where this appears to have really helped reduce those spots quickly and effectively, but other days where it doesn’t seem to have made much of a difference. I’ll have to get back to you on whether this is as AMAZING as everyone makes it out to be. 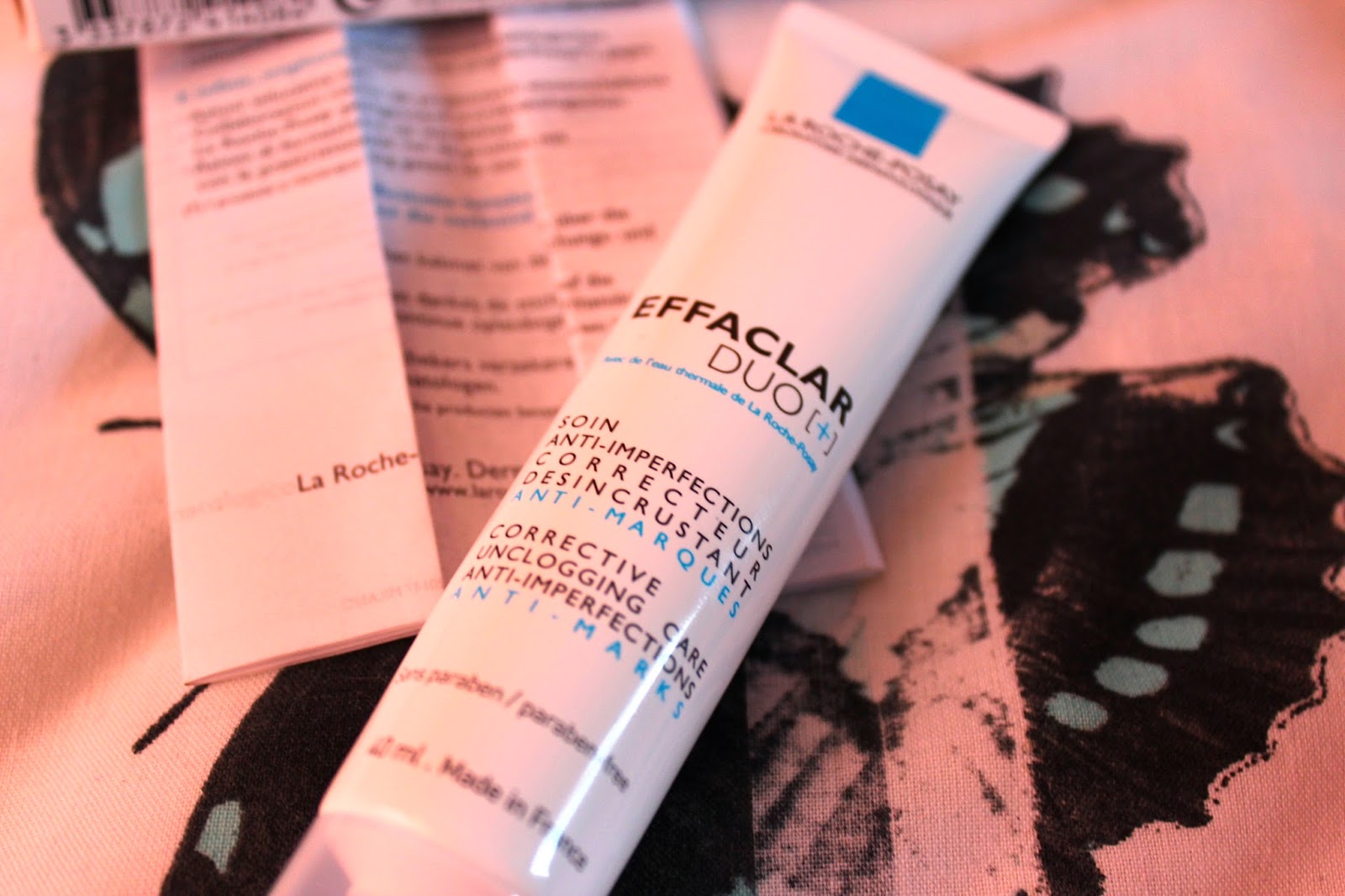 It’s basically a ‘moisturiser’, I think. You can apply it on its own or combine it with your usual moisturiser… I have found that it’s often surprisingly nourishing on its own.

As you’ll see in the caption in the first pic of this product, the Effaclar Duo comes complete with instructions. It’s just that my instructions were only in French or German… Neither of which I speak too well, so I had to Google how to use it instead…

Have you tried any of these products? If so, what do you reckon?

Thanks for reading!
Katie
x