I have talked about this before, albeit briefly. In my Spotty Summer Scrapping Schedule, I did promise that I’d go into more detail about the much-lauded Effaclar Duo. So here you go! 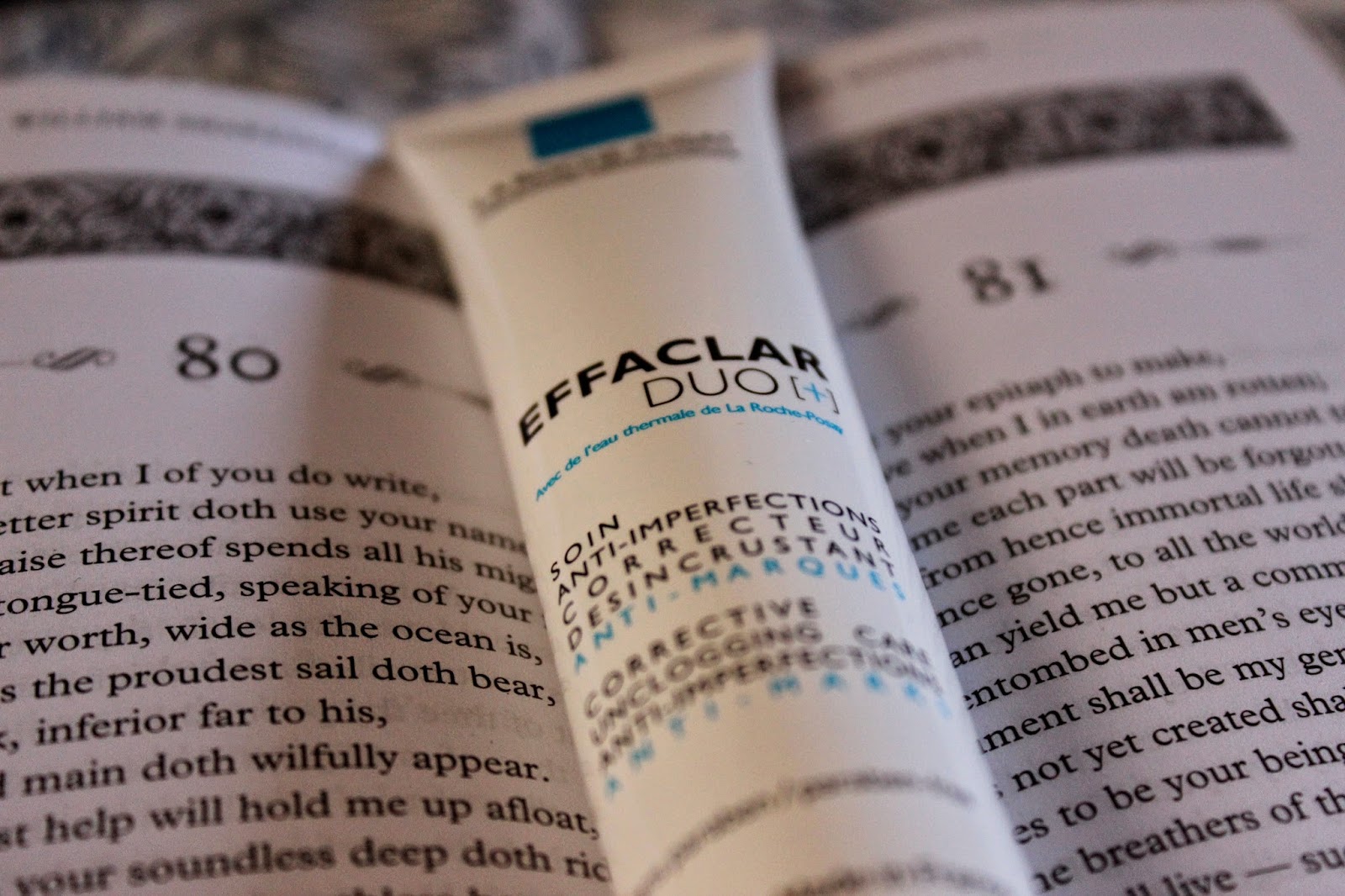 The box claims that the product: ‘Corrects the appearance of imperfections, unclogs blocked pores and fights against marks.’

I’m not sure that it solved all of the above problems for me, but if you suffer from spots and nothing else seems to work, I’d give this product a go. It’s worth a try.

For me, this product seems to work about 50% of the time. Sometimes, it’s a miracle product; getting rid of huge, horrid zits within hours. However, at other times, it just doesn’t seem to do that much. I’ve no idea why, but one of my friends uses this product too and has exactly the same problem.

As an aside, it smells quite unusual. I’m really not sure how I’d describe it… You soon get used to it though.

When I first bought this product, I had no idea how to use it. I didn’t know whether it was a moisturiser in its own right or whether it was more of a ‘treatment’ before moisturising. I saw the instructions and assumed that those would cover the steps…However, the instructions were only in German and French. I’m part-German and studied German at school but that doesn’t mean to say that I can translate it word for word… I didn’t do French at all, so I’d be absolutely useless. In the end, I had to resort to Googling it and reading instructions from La Roche Posay’s website. (Which isn’t really ideal, is it?)

It’s for use on oily skin and can be used on sensitive skin too. I have the latter, but my skin’s more combination than just oily. On its own, I found that it doesn’t moisturise those dry parts quite enough. To combat that dryness, I often use this product in conjunction with a small blob of my normal moisturiser, so that my skin’s definitely getting the nourishment it needs.

Obviously at £15.50 for 40ml, it’s a pricey product. I thought it was risky to spend so much money on this product, but I wanted to see if it would help my ever-worsening skin. I’ve made it last for about six weeks, often using it just at night. Obviously, if you use it day and night, as advised, you’d run out considerably quicker.

I’ve suffered from red skin for years and it’s something that I can hide quite well under foundation. This product boasts about eradicating redness and I do believe that my skin is a little less red. After I started using it, I kept on catching my own reflection and seeing that I looked paler, not beetroot-faced like usual. So either I’m ill or it’s worked in that respect… 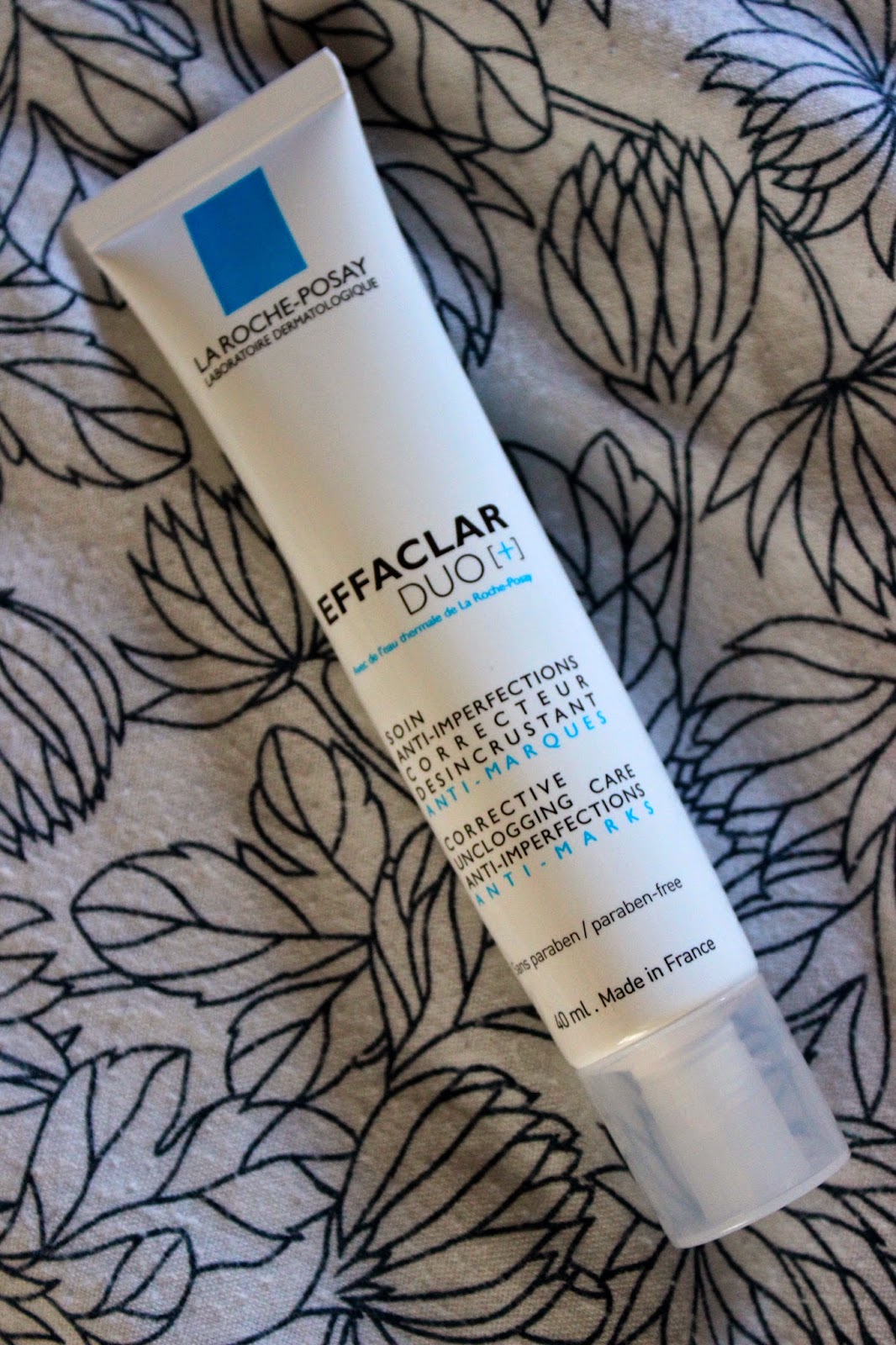 Regarding spots, I’m having fewer breakouts, but I don’t know if that’s due to lifestyle changes or this product. About three-four weeks into using this product, I had one of the worst breakouts I’ve ever experienced and had to launch a vicious assault on acne with myriad products; this being one of them. So I’m honestly not sure if it’s worked.

It’s one of La Roche Posay’s flagship products; and I do like it, but I wish that it would’ve had a more dramatic effect on my skin. Maybe I expected too much from this product, on account of it being expensive and coming from a premium skincare brand?

Will I repurchase? I’m not sure. It’s very nearly run out now, but I’m not made of money. As I said, I’m not sure if it has worked; so I’ll give myself a break from the product to see if my skin worsens again without it.

Have you tried Effaclar Duo? Did it improve your skin?