The start of a new year is always reflective for me. I look back at what I’ve achieved and as much as I hate to admit it, it’s also a time for regret. 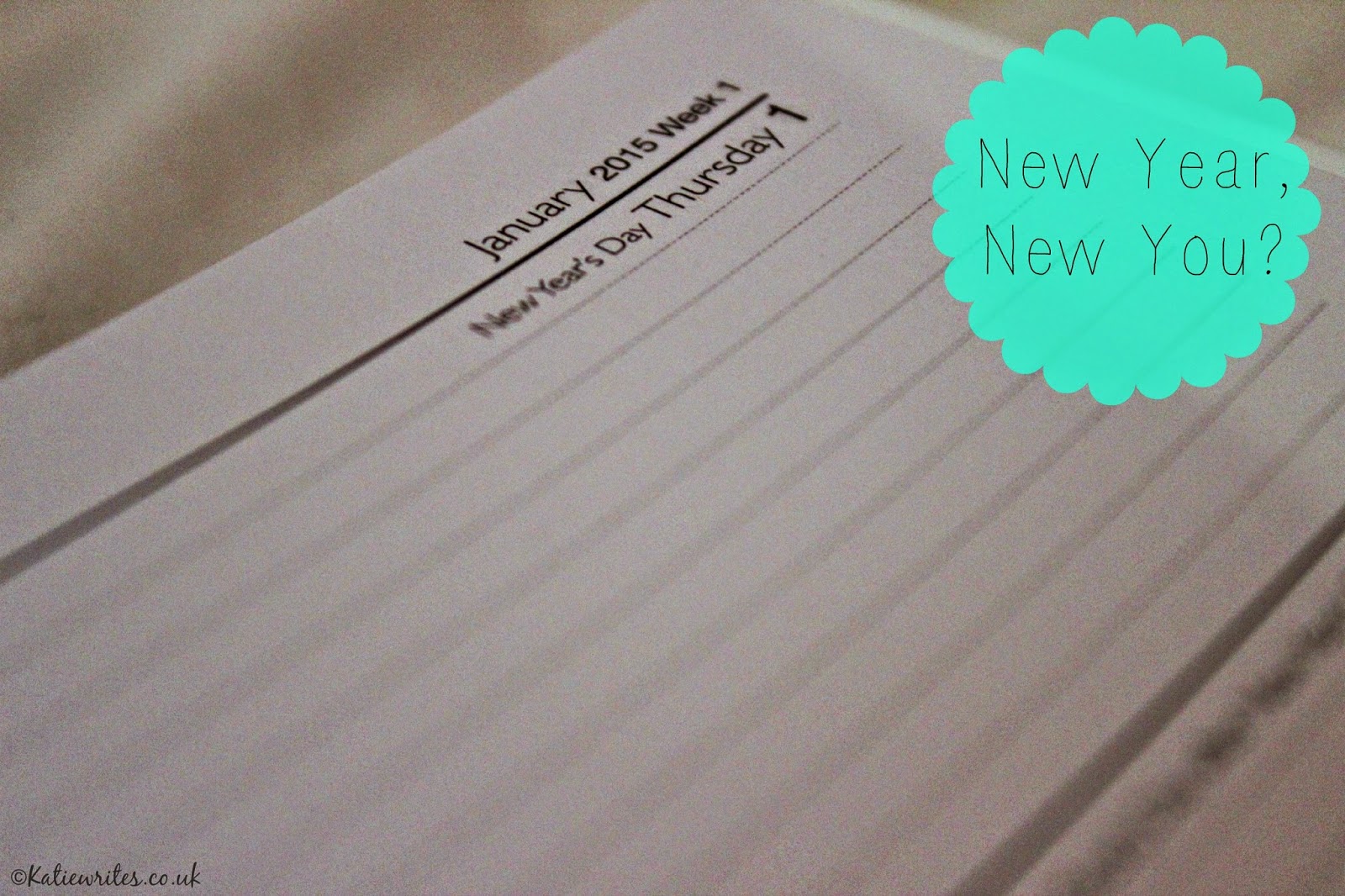 I’m a little fed up of being bombarded with this obsession of creating a ‘New You’ when each January arrives. New Years Resolution after New Years Resolution being made, then forgotten about and thus never being achieved. As someone who’s constantly too hard on myself, I look at failure to achieve a New Year’s Resolution as some kind of dreadful defeat.

I’m also a tad cynical when it comes to reinventing or regenerating ourselves at the turn of each new year anyway. It’s impossible to do that. You’re not Doctor Who. Or James Bond.

This year, I’m taking a stand. The only promise I’m making to myself is that I’ll try and remain as healthy and happy as possible. That’s all that matters really, isn’t it?

I’m going to try and be more optimistic, to try and look after myself a little more and also to try and shut that critical, anxious voice in my head up… Worrying is something that plagues my life and I’m going to at least attempt to calm down. Whether it’s worrying about what people think of me, what I look like, where I’m going in life or whether I’ve got the money to do what I want with life. There’s always something to worry about. That time spent worrying could be better spent doing something else that’s more productive.

The main things we should all be focusing on are health and happiness. That’s it. Not having a ‘bikini beach body’, or attempting every stupid exercise DVD going, or stopping yourself from having the odd choccy biscuit.

Let’s just concentrate on being as good as we possibly can be, and bettering ourselves as much as we can, without putting ourselves under ridiculous amounts of pressure to reach that unattainable level of perfection that society expects of us.
(and breathe…)

So, here’s to 2015 being happier, healthier and more carefree than ever before!

Dealing With Instagram When You’re A Shy & Anxious Person

Why I’m Not Bothering With New Year’s Resolutions (Again)