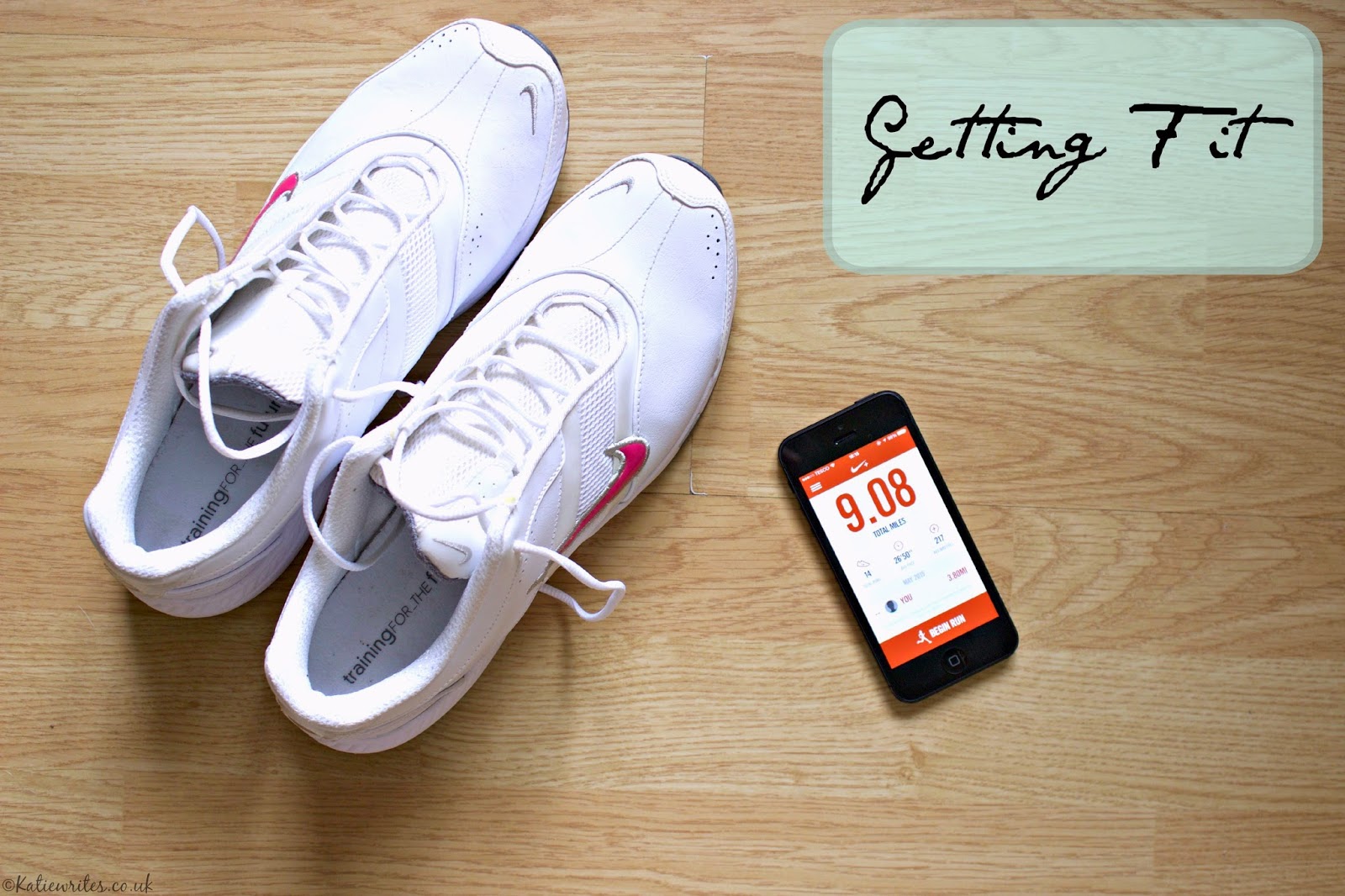 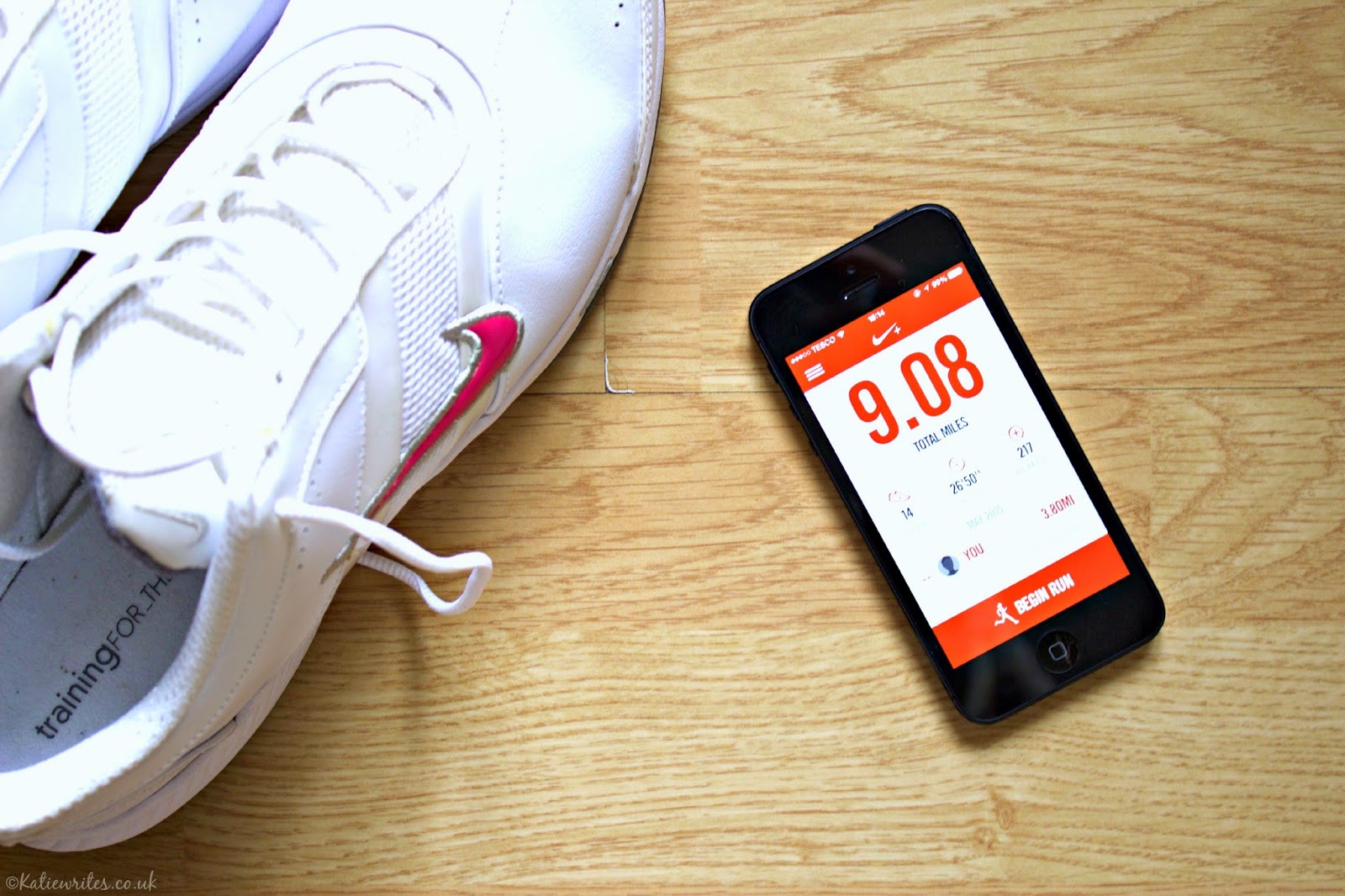 Okay, let’s just ignore the fact that the font I chose in the first picture makes it look a bit like I’ve written ‘Getting Tit’ instead of ‘Getting Fit’. Let’s just totally gloss over that, right? This is a beauty and lifestyle blog, not a pickup artist site…

Anyway, exercise gives me flashbacks to awful PE lessons: wearing stupid shiny shorts that showed off my weird knock-knees, getting pelted with icy rain and being shouted at by competitive girls who couldn’t accept that I wasn’t as good at sport as them.

Despite the flashbacks, I thought it’s probably time to get out there, get a bit fitter and maybe do something for charity at the same time. My best friend and I did an 18 mile walk for charity in 2011 and we raised nearly £500 and were both fine.* So, 6.2 miles can’t be that bad right?

Ashamedly, when I got my crisp, white trainers back out of their box; they had a cobweb on them. (No, really.) That’s how unfit I am right now. These lovely and (very) white trainers had been placed back in their box and shoved in a corner for ages; while I’ve mainly been eating cake.

I’ve downloaded the Nike+ Running app onto my phone (pictured), although I’ve been mainly using it for walking as I’m still lazy at the moment. Having said that, last night I did break into a run twice on my walk; but I was being pulled along by a Jack Russell, so I’m not sure if it still counts. Cookie and I did 1.5 miles and smashed all previous records on the app; and even received a pre-recorded congratulatory message from Paula Radcliffe. Oh yeah, friends in high places now…

To spur myself on and to give myself a lovely warm, charitable feeling, I’ve signed up for the Cancer Research UK Race for Life. I’ve got two months to get ready for it, so I don’t die of 10k-induced-exhaustion. If you lovely readers have got any spare pennies, you can sponsor me here.

(I’ll love you forever if you do…)

*Except for the sad fact that some cigar-smoking chavs on BMX bikes laughed at our charity-branded orange T-shirts just before we got to our finishing point. I mean, really? Talk about ruining the euphoric end to our charitable endeavour.

The Morning After The Night Before.