Tomorrow, I turn 24. Here are some lessons I’ve learned whilst being 23: 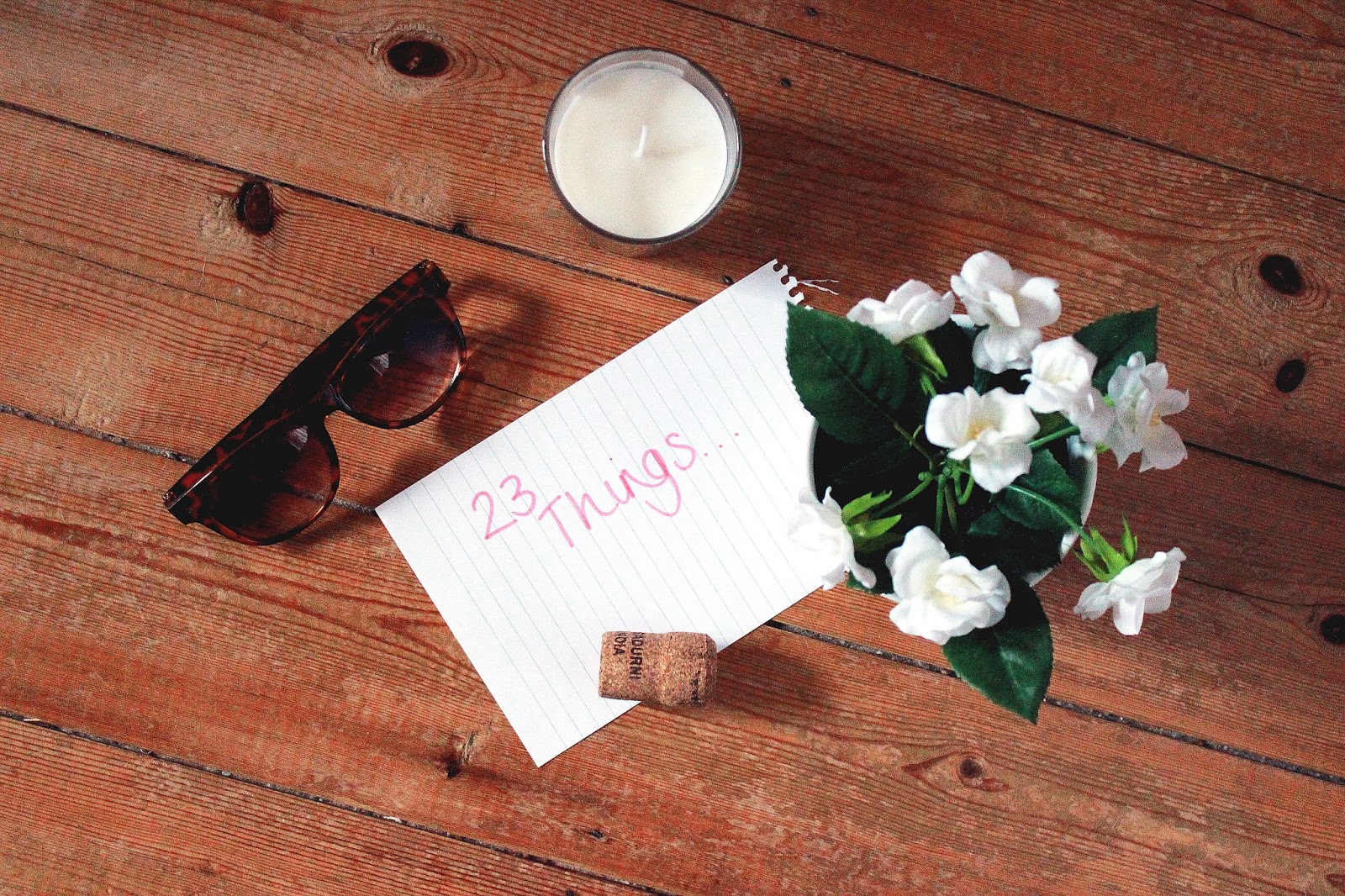 Trust your instincts. Initially, if you believe that someone’s an idiot, in all probability: You’re right. You know that feeling in your gut? Trust it.

Don’t let others make you bitter. Good people keep their heads held high no matter what other people do.

The world is absolutely BRIMMING with idiots. But there’s little you can do about it. The key to getting around it? Do stuff that helps you rediscover the beauty in life.

Time flies. Even if you’re not having fun.

Start looking after yourself. Now’s the time to learn how to stay healthy, before it’s too late.

It’s your responsibility to better yourself. No-one else is going to grab opportunities for you. BUT, it’s okay not to know what you’re doing and what you want from life yet.

Hobbies are fun! The more you have, the better!

It’s okay to be selfish. Sometimes. Sometimes you really need to protect yourself and put yourself first.

Ignore the haters. Life’s too short to get dragged down in petty arguments. Don’t bother getting angry at people you’re never going to see eye-to-eye with.

Procrastination is awful. Seriously, the things I could’ve got done instead of incessantly scrolling through Instagram looking at photos of cats with moustaches.

Nobody’s life is perfect. It’s so easy to believe that other people live the perfect life because of Instagram or their incessant Facebook bragging. (But perhaps they’re making up for something they’re missing in life.)

No-one knows what they’re doing. You know when you’re a kid and you think adults know everything? They don’t. We’re all just endlessly meandering through life trying to avoid messing up.

Money doesn’t go far. And that makes me really sad.

Being a geek isn’t bad. When I was at school I was a hardcore square, which was a very bad thing. Now, knowing stuff is good. Don’t ever let anyone take the mick because you want to learn new and exciting stuff!

You can’t help some people. Learn to stop bending over backwards for people who don’t even appreciate it.

23 isn’t as old as it once sounded. It’s not that bad, or that old. That doesn’t mean I’m looking forward to being 24 though…

Appreciate those close to you. It’s not ‘uncool’ to be close to your family or friends. Make time for them, because there may be a time that they’re not there anymore.

Learn when to stop. I’m terrible for putting loads of pressure on myself to achieve unattainable things, and it’s been hard trying to force myself to take a break from striving for the best. But, every now and again, it’ll do you good.

Rejection. It never gets any easier. And that goes for any type of rejection.

People aren’t a commodity. It really isn’t nice being used. Don’t do it to others unless you’re willing to be used yourself.

Don’t lie to yourself. If you’re not happy, don’t try and pretend you are, even to yourself. It doesn’t work and it makes you so much unhappier in the long run not to admit the truth to yourself.

Life isn’t a race. Oh, this has been such a hard lesson for me to take on board. Life definitely isn’t a race: It’s not about who can get the best job, who can buy a house first, who’s the first to get married and have kids. It’s not about that. People progress through life at different rates, and that variety is what makes life all the more beautiful.

Hope you lovely readers can relate to some of the above! Here’s to more incessant rambling as a 24 year old!