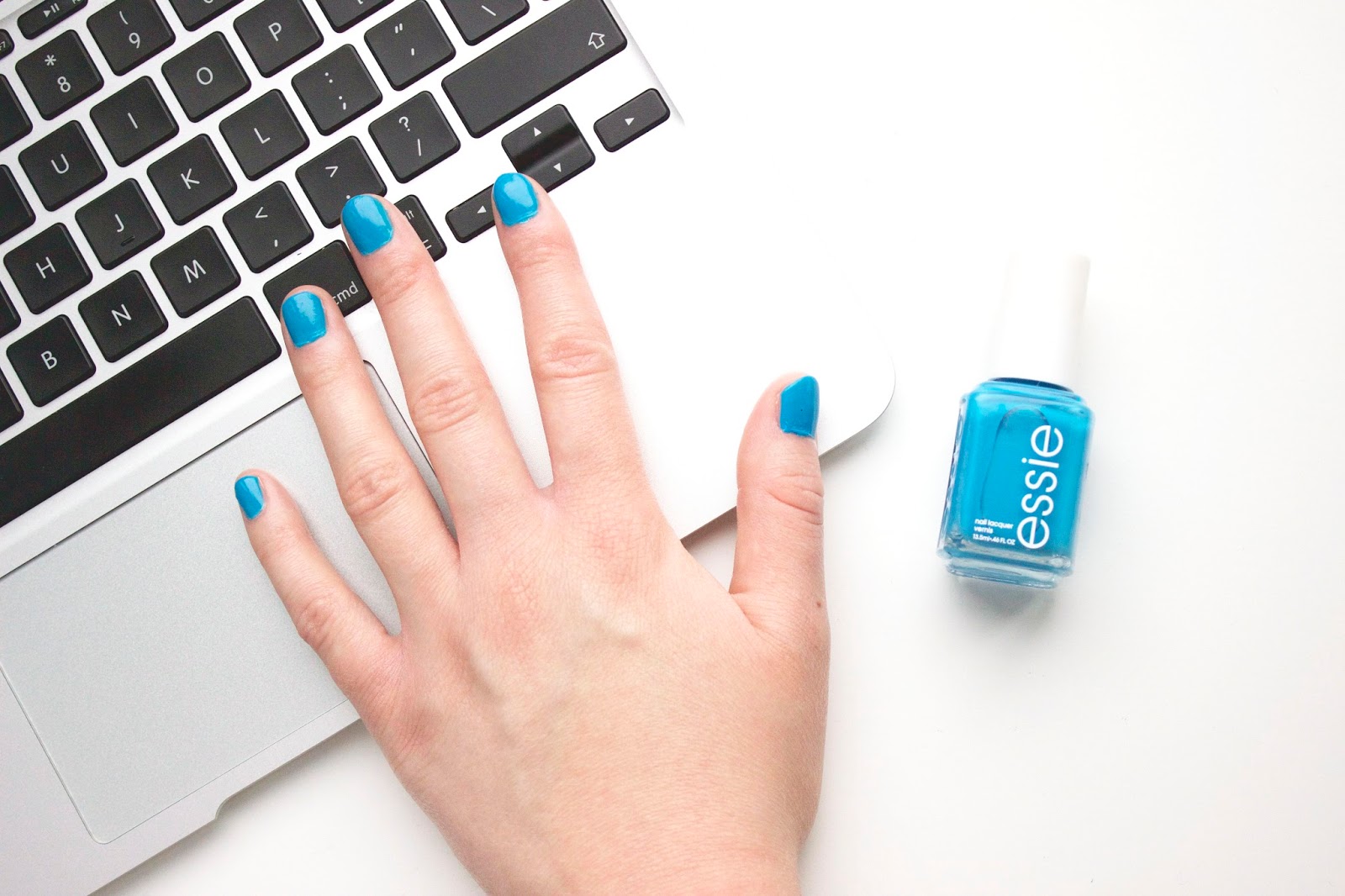 Oh, it’s been a while since I wrote a Mani Monday post, isn’t it?

This is a pretty bright blue shade I picked up in TK Maxx a couple of months ago. Just a heads up, they sell certain Essie polishes for about £3 instead of £7.99! (The reason it was so cheap? Because it’s from the Summer 2014 collection.)

I’ve not really tried a shade that’s this blue, and is quite so bright, but I actually really like it! It’s not a shade I thought I’d feel that comfortable wearing, as it’s a little bit different to the reds/purples I normally tend to opt for. I do really like it though, despite the fact that it’s quite striking. Essie describe the colour as: ‘compelling cobalt aqua’. All in all it’s a lovely summery shade! (Shame it’s not summery outside though, eh?) 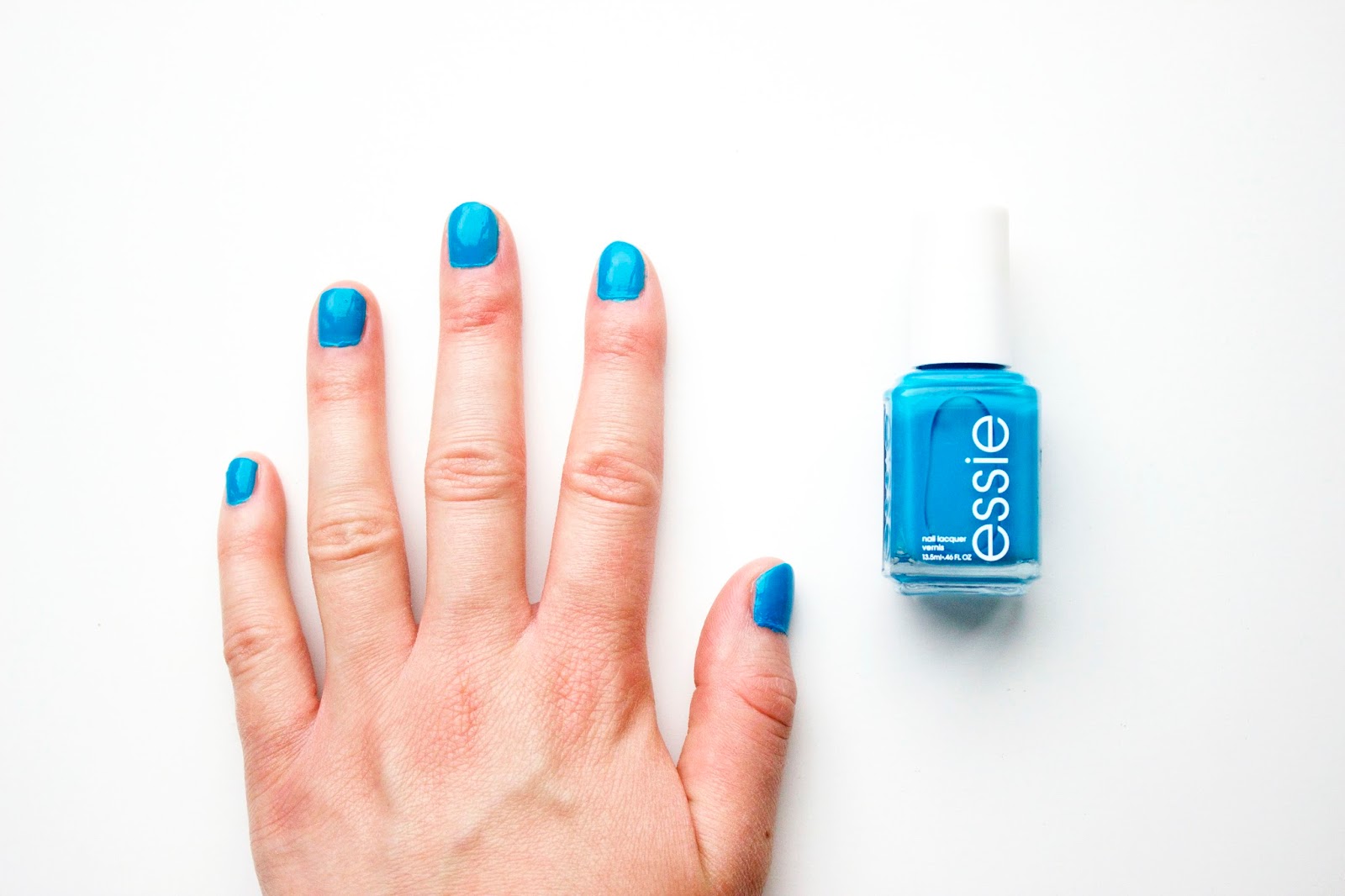 The only downside I’ve found is that when applying, it was quite runny, so things got a little messy. Regular readers, you know how bad I am at painting my nails, don’t you? Runny polishes make it even harder not to mess up. On the plus side, chipping is minimal so far, and the staying power is pretty good, but then that’s what you expect from Essie, isn’t it?

What Essie polishes do you recommend? Let me know in the comments below!

Four Things
Katie, Where’ve You Been?