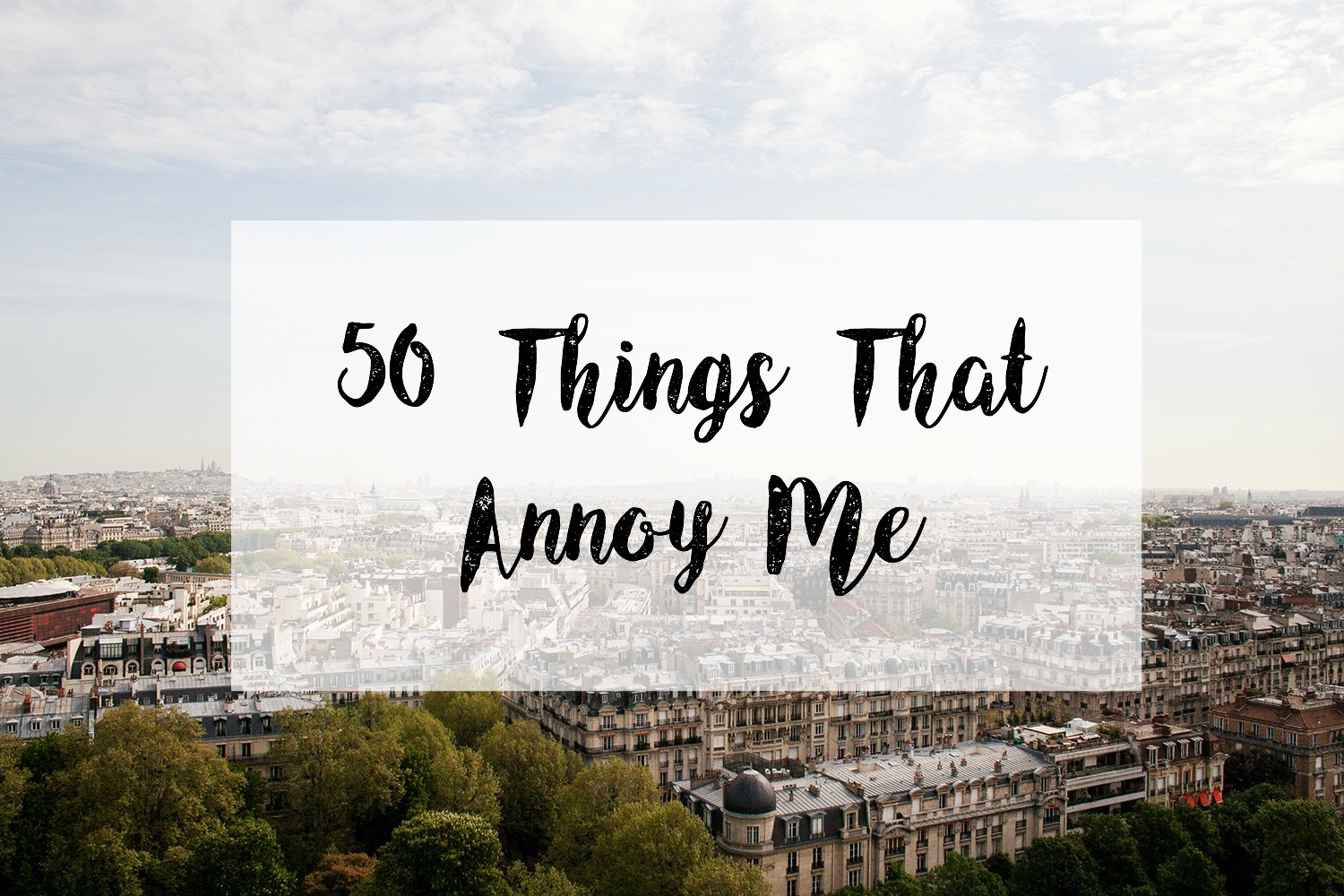 What grinds my gears?

After the ‘50 Things That Make Me Happy’ post I thought I’d write a little follow-up, but this time, focussing on things that wind me up. I prefer not to focus on negativity that much on my blog, but today I’ll make an exception. Hope you enjoy it!

12. People who think they’re well hard but end up hitting women instead of picking on someone their own size. (What a big man that really makes you.)

13. People thinking they know better than me about things they really don’t.

14. People who don’t pull their weight.

19. People who don’t indicate when driving. (It’s hardly tasking, is it?)

20. People who stare. (Didn’t your parents ever teach you it’s rude?)

22. Men who message you on the Internet just to say rude things about your appearance. (I can assure you I don’t have teeth like a horse, mate.)

27. People who follow you on Twitter/Instagram, so you politely follow them back (even though you don’t really want to) and then they unfollow you. (Consider yourselves blocked. And I won’t be reading your blog if you do that either, fellow bloggers. I like supporting other blogs, but I don’t appreciate being used because of your blatant social media careerism.)

29. People who dither too much.

31. Our generation’s obsession with casual relations.

32. People who’ve got addictions, but never face up to that fact.

34. Those who assume I can’t park or drive properly because I’m a woman.

36. When your forget about your drink and by the time you remember, it’s gone cold.

37. The Internet going down.

44. People who slam doors at 6am on a Sunday morning.

45. People who drive so aggressively.

46. Bullies and bitchiness. (Can’t we all at least try to get along?)

47. People who think the world owes them a living, without expecting to work hard for it.

48. People who park in disabled bays when they’re not permitted to. (My Dad’s disabled, and I don’t appreciate him having to walk further in agony because of your laziness.)

49. Working for free, and not being paid for hard work.

50. People who assume that blogging is dead easy.

The Big Name Bloggers Giving Us All A Bad Name