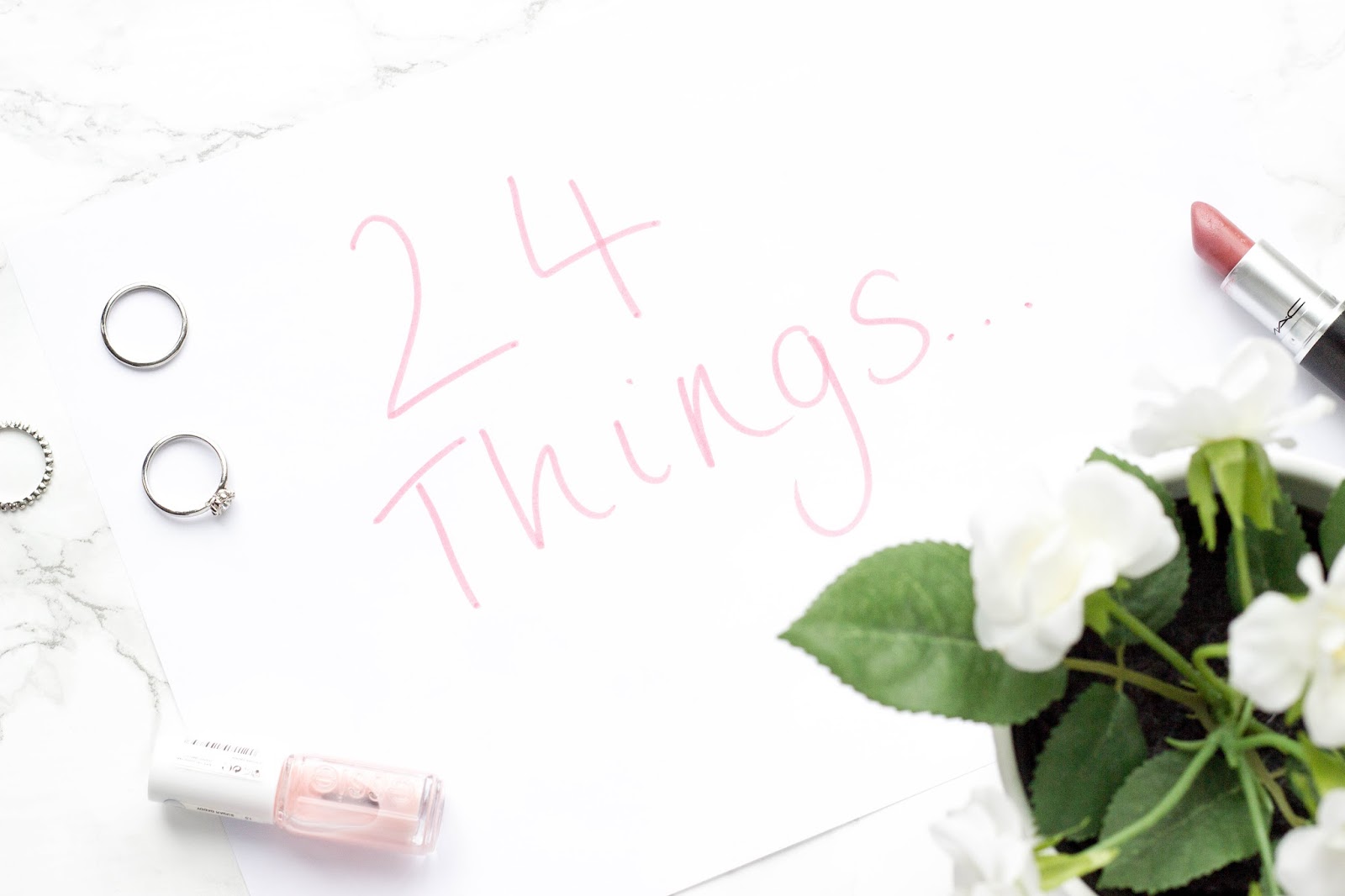 The title’s pretty self-explanatory. Here’s a list of 24 things that I learned at 24 years old.

Last year I wrote 23 Things I’ve Learned at 23, which you can read here! So, I thought I’d do exactly the same thing this year, although I’m not sure I’m that much wiser, guys.

Some people are still idiots // Make people learn the hard way that they can’t take advantage of you, simply by walking away.

Quarter life crises are REAL // I actually woke up having palpitations the other week about the fact that it’s only five years until I’m THIRTY. (OH GOD.)

The Past // It’s no good holding on to the past. Everyone else moves on, so there’s no reason why you shouldn’t too.

Take social media with a pinch of salt // Social media contains a highly edited, glossy portrayal of life. It’s not all avocado on toast, gym selfies, and photos of romantic meals. I know, if you’re sat at home in your pyjamas eating cake, it can be hard to accept, but no-one is perfect or better than you. Whatever someone puts on Facebook, Twitter or Instagram is a mere fragment of their life, and one that’s essentially ‘airbrushed’, although not in the literal sense. (Unless they’ve been using Facetune, that is…)

Inadequate // If someone treats you like you’re not good enough for them, walk away. You are more than enough for them, it’s just that they’re too stupid to realise it. You deserve better, even though it might not seem like it right now.

Focus on YOU // Focussing on your own life, and where you’re headed is the most important thing. Don’t get your head turned by the random person you went to school with who appears to be doing better than you. (They’re probably not in reality.)

Second best // If someone treats you like you’re an afterthought, or in a way that makes you feel bad, cut them out of your life. It’s not worth bothering with someone who doesn’t see how awesome you are.

Does my bum look big in this? // Almost every woman I’ve met seems to think they’re fat, regardless of their actual size. That makes me feel pretty sad, to be honest. We shouldn’t be beating ourselves up, or each other, we should be celebrating how fantastic we are, ladies.

Get cracking // Life really is what you make it. If it’s rubbish, it’s YOUR job to find a way out of a situation you’re not happy in. If you want something, get out there and get it. It’s pointless waiting for someone to do it for you, because frankly, do you really deserve something great if you’re not willing to work hard for it? Life’s whizzing by way too quickly for you to be passive, so be proactive. Get stuff done. Chase you dreams. Make it happen!

Happiness // Just because your life hasn’t turned out the way you would’ve liked doesn’t mean to say you can’t be happy for the friends who’ve succeeded and achieved their dreams. 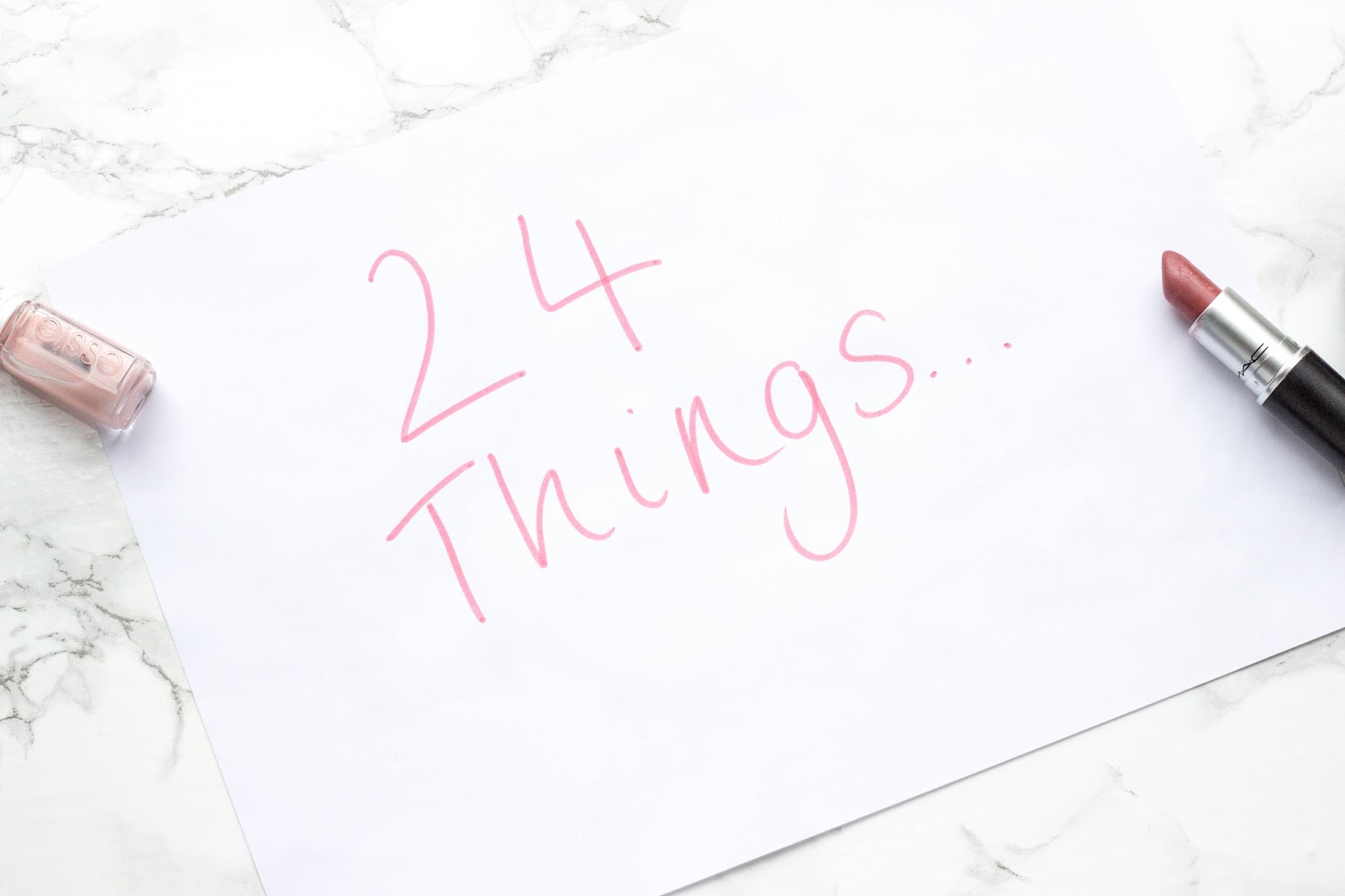 Time’s a healer // Sometimes things take longer than you hoped it would to get over. Just take each day as it comes. Baby steps. You can look back at something that was traumatising, and with hindsight, realise how much stronger it made you in the end.

Never lose hope // I know it’s really hard to hold on to hope at times, but hope’s so important. Even if life doesn’t turn out like you wanted it to, try and make the best of what you have. Never stop believing that you’re capable of achieving your dreams.

Gratitude // It’s really important to try and be grateful for what you’ve got in life. You’re still alive after all, so that’s something to be grateful for, right?

Self care // Sometimes you just need to put your phone down, switch the laptop off, and actually look after yourself instead of staring at various different Internet-connected rectangles all day.

Knowledge // When someone thinks you’re knowledgeable about something, they can latch on to you and pester you for help whenever they need it. When several people start doing that, and it happens over weekends and even in the middle of the night, it starts to drive you crazy. (Especially if you’re too nice to tell them where to go, like me.)

Learning // You’re never too old to learn. 24 was the age I went back to university, and it was fine. Don’t ever let your age hold you back. If you want to go back to college or uni, don’t worry about being a ‘mature student’ because you’ll still fit in!

Mellowing // You start to learn that some arguments are pointless, and it’s also daft to hold grudges against people, even if they are idiots. Life’s too short for holding on to the negatives. You might as well just focus on being as happy as possible, instead of getting into petty fights with people who you’ll never see eye-to-eye with.

Users // If someone’s using you, and there are plenty of users out there, trust me; you’re better off walking away. They’ll discard you once they’re done with you, and will only come crawling back to you when they want something. Be the better person and hold your head up high, because you’re better than them. You’re a person with feelings and needs, not the commodity that they think you are.

Youths // You’ll start to refer to everyone under 20 as ‘about twelve’. Sorry, not sorry.

Grown ups // People you went to school with will have children (yes, plural) and be getting married, buying houses, and generally doing proper grown up stuff. If you’re not, then it makes you feel like life’s bypassed you a bit, but then again, you’re not the one who’ll be getting divorced before you’re 30, so*…

Sassiness // After spending half your life being as placid and nice as… something that’s really nice, you’re gonna need to toughen up. You’ve got to stand your ground, fight for yourself, and even occasionally face confrontation that you’d rather not face. People will always try and take advantage of your good nature, and you’re the one responsible for putting a stop to that, sadly.

Confusion // Nothing annoys me more than not knowing where I stand with someone!

Boys // Are not worth crying over. End of.

What life lessons have you learned over the past year?