As you saw in yesterday’s post, we went to York recently, and although I took my mirrorless camera to get some snapshots, I couldn’t resist taking my film camera too! Here are some (slightly shabby) shots that I snapped while there: 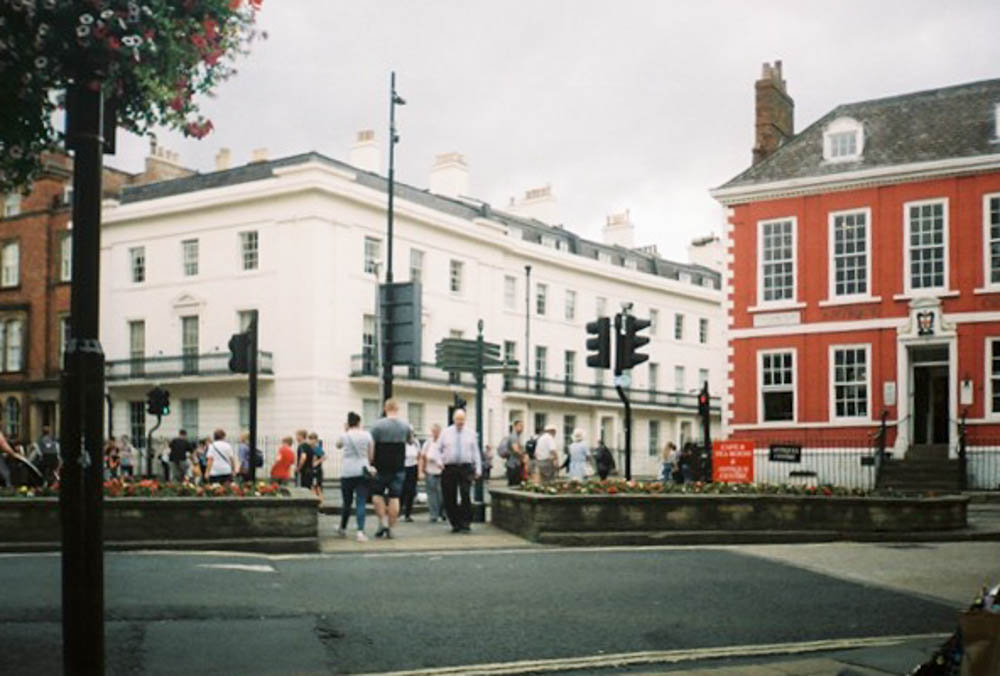 As a perfectionist of the highest order, it’s hard to accept the foibles that are ingrained in film photography. The trouble the camera has focussing, the graininess, the ruggedness that you don’t get with digital. It’s going to take me a while to embrace those flaws as part of the charm that 35mm has.

In hindsight, I probably should’ve taken a higher ISO film for The Shambles, as I forgot just how dark it is down there! (Rookie error.) My poor little 35mm point and shoot clearly had quite a lot of trouble focussing on the iconic York street, even with the aid of flash.

The issues that I’m having a hard time accepting are only exacerbated by the size they were scanned at. (Done for me by the shop who developed the film.) When I got them, I had to resize them to make them bigger in Lightroom, which has only made them look even worse.

I’d be lying if I said that I wasn’t a little disappointed with how all of these York film shots turned out. My first roll of film seemed to have several hitters, which made up for the handful of missers that I took too. The second roll of film certainly hasn’t been the best. But, even though they haven’t turned out how I wanted or expected, I still really loved shooting away with my little camera. And that’s all that matters, isn’t it? Having fun while you’re doing it. (Even if the end product probably isn’t Instagram-worthy.)

If photography isn’t enjoyable, you’re doing it for all the wrong reasons.

Taken on the Olympus Trip MD3 with Kodak Gold 200 film.

Have you tried shooting on film?

Another Birthday In York
Sheltering From The Rain At Bookcafe, Derby