A night spent photographing the stars.

(This post was originally written in September 2017 – but better late than never, eh?) 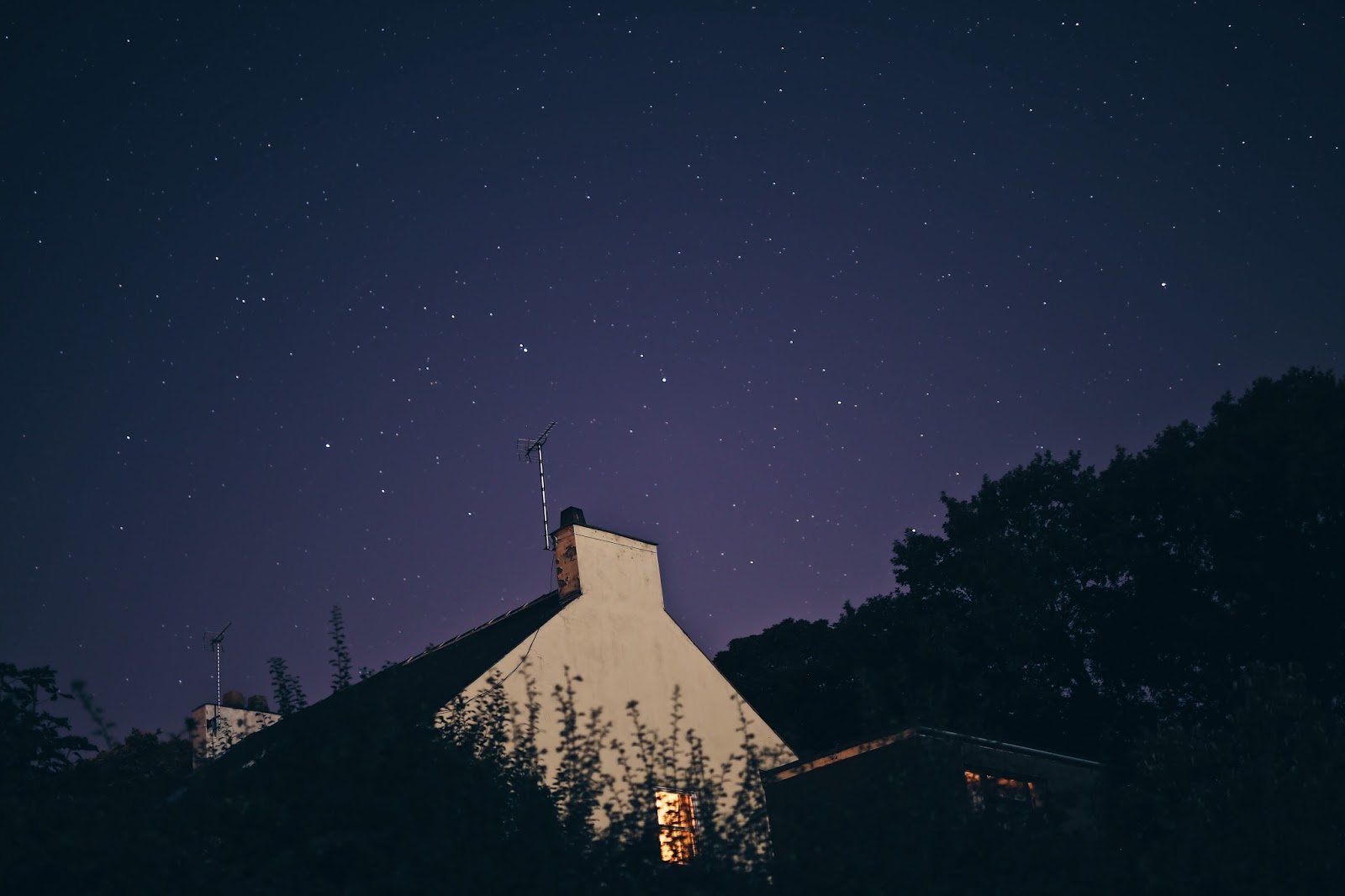 An unashamedly nerdy night spent in a field.

It’s not very often that you find yourself standing in a field at 1am, but last weekend, I had good reason. Honest.

Seeing as it was the Persied meteor shower, and I’m a bit of a nerd, I thought I’d try my hand at photographing some of the shooting stars.

So, I went with my Dad, who’s also a bit pf a nerd, to a field behind our house at just after half midnight. We stood there for an hour. A whole hour. Except, it didn’t feel nearly that long because we were gazing at the sky and caught sight of countless beautiful meteors in that time. I was also trying to juggle all that with my camera too.

Walking home, with camera and tripod, at twenty to two in the morning was a bit of a weird experience, I’m not gonna lie. I’m sure it was also weird for the taxi drivers passing by along the main road, and also the nearby residents who also saw us. We must’ve looked a bit odd – even more so than usual…

The only regret? Not taking gloves. It was FREEZING by the end of our stargazing sesh. And when we got home, I had to sit in front of a heater, whilst clutching a mug of warm tea. (In August, I kid you not.)

All in all, it was a lovely experience. Yes, I was tired. Yes, I was stood in a field at nearly 2am. No, I couldn’t feel my hands. But, I got to experiment with a type of photography I’d never tried before. I had to adapt my technique to get the best results and quickly, which taught me something.

Some hit and misses. Some slightly out of focus. Plenty of photos without shooting stars in them. But, I learned from it, and I’ll know how to do better next time.

There are some benefits to being a nerd, you know?

• I popped my camera on a tripod (essential, because of how long you’ve got to leave your shutter open for) and made sure I used my lens with the widest possible aperture (my Sigma 50mm Art f1.4.)

• Then, I used to live view to focus as well as I could. I’d read in numerous articles that you’d be alright if you focus to infinity, but this didn’t quite work for me. Autofocus wouldn’t work, given the conditions, so I had to focus manually.

• I alternated the shutter speed generally between 15″ and 30″ to allow as much light in as possible when coupled with an aperture of f1.4.

• I also kept the ISO at 200 throughout, as I didn’t want my pictures to be ruined by excessive grain.

A note from October 2018: Because I’m a massive idiot, I only edited this one shot (which I’m presuming was one of the best from that night) and then I promptly lost the rest of the files. They’re probably on in a folder tucked deep in the heart of my Mac, which is broken so I can’t find it right now. So this is the only photo I’ve got to show for our time standing in the cold. Better than nothing though, I suppose?

Have you ever tried photographing the night sky before?

Not Waving, But Drowning.
A Few Blog Posts I’ve Been Loving This Month (So Far!)