This story’s got it all: poor fashion choices, ending my Friday night in a recovery truck, smelling of magic tree air freshener for endless hours, a biblical downpour, and a spot of dicing with death. (Thankfully not too much, but still, it makes things sound more dramatic, doesn’t it?)

In all honesty, I don’t think that the adrenaline of my night has worn off yet. I’m writing this at just before 2am because there’s no way I’d be able to settle without venting anyway, even if my eyelids are starting to get a little heavy.

I’ve got a cuppa in hand (Malty Biscuit Brew because it’s lush) and I thought I’d offload a little in the hope that it’ll help me to wind down so I can actually sleep before the birds start singing.

And, if truth be told, I doubt that the story of an eventful Friday night will be of any interest to anyone with a more fulfilling existence than mine – but what is this blog if it isn’t a place for me to vent or get stuff off my chest? So, basically, you’re going have to listen to me ramble here. Yet again. Apologies in advance. (I’m aware that I’m contesting Frank Pickle for the ‘Most Boring Person In Britain’ title here, but please humour me.)

Storytime – Oh, what a night…

9:45pm, Friday night. I nipped to the supermarket with my Dad before they shut for some last-minute bits and bobs. (Because I really know how to party, I know.) I thought that it was totally appropriate, despite the rain, to wear A SKIRT. In October. Late October. Please don’t ask me why I made yet another poor sartorial decision. Because I just don’t have an answer, other than: ‘I’m a bit daft?’. In retrospect, it’s probably the same reason I decided not to wear a scrap of makeup – because I didn’t think I’d be getting out of the car, instead waiting in the car park like a dog or something.

‘It’ll be fine’ I thought, while eyeing up the humongous zit on my chin in the sun visor mirror, along with the blepharitis and eczema around my eyes that make me look like I’m the only human in existence to continue suffering with extreme hay fever this late on in the year.

Didn’t get what we wanted, but other than that – so far, so good.

On the way back, the car stalled while pulling out of a junction. It wouldn’t re-start for a minute. Strange.

Smoke or steam started coming out of the bonnet, which we thought was the heavy rain condensing when it hit the heat of the bonnet. Then there was a burning smell when we got moving again, which was admittedly quite disconcerting. But we were a few miles out of our hometown on a Friday night with no breakdown cover (slow clap for that one, please), so once the car restarted, we persevered in good faith. (Another slow clap, please.)

Everything would be alright, wouldn’t it? Or perhaps not…

There was enough steam to convince passersby that we’d trainjacked (is that a thing?) Thomas the Tank Engine and had dumped him at an Esso on the outskirts of Derby.

We tentatively pulled onto the dual carriageway, and everything was fine for a minute. Literally about a minute.

A rattling noise started, and then there was a loss of power. A ‘foot-to-the-floor-yet-no-extra-traction’ kinda thing. You know, a ‘terrifying-on-a-70mph-road’ kind of power loss?

‘Dad, I’m scared’. I uttered, as the burning smell started to waft up my nostrils once again.

‘The engine’s overheating. It’s literally boiling over’ was the panicked reply.

And of course there aren’t any lay-bys, are there? Oh no, that’d be far too simple. You can’t stop or you’ll die.

So then I started to hyperventilate as thoughts of dying in a car crash on a dual carriageway started to clog up my (already pretty cluttered) mind.

(Thanks, anxiety. Always ensuring I’m great in a crisis.)

In a bid to distract my panicking mind, I decided to check my emails. I wasn’t really concentrating on what I was reading, more concerned with making it to the petrol station at the next roundabout. For a minute or two (some of the longest minutes in my life) I didn’t think we’d make it.

‘I do not want to die in this skirt’ I thought. ‘The people who’ll pick up my body off the road will judge me so hard for dressing like this.’ whizzed through my mind too.

I also thought we’d get scooped up and spat out by an unforgiving lorry. That we’d end up in pieces, strewn across the lanes of a dual carriageway amongst a load of blood-stained Amazon Prime parcels.

Thankfully, and I really mean thankfully, Pedro the poorly Picanto limped it to the garage and we breathed such a sigh of relief between us that it was probably classified as a gale.

Dad opened the bonnet. There was enough steam to convince passersby that we’d trainjacked (is that a thing?) Thomas the Tank Engine and had dumped him at an Esso on the outskirts of Derby.

The steam kept flowing for a good ten minutes or so, until poorly Pedro calmed and cooled down.

It was no use asking me to look with him. For starters I was wearing that skirt, and I don’t really know what any of it does anyway. I know what an engine looks like, but aside from that, I’m absolutely no use whatsoever.

I did what any self-respecting Millennial does in a crisis. I Googled it.

Then we came to the question: ‘now what do we now?’ – We’re 10 miles from home, it is NOT safe to try and limp it all the way back with a car that’s acting up like that.

So, I did what any self-respecting Millennial does in a crisis. I Googled it.

‘NEED BREAKDOWN COVER NOW’ Google had got my back with autocomplete after ‘need break-‘ I’m clearly not the only one to land myself in a situation like this, am I? (The other Googlers probably weren’t wearing skirts in inappropriate weather conditions, though, were they?)

AA came up first. ‘Breakdown cover from £4.50 a month. We’ll pick you up even if you’re not yet a member’. ‘Sounds promising’ we both muttered. We caved and rang. Despite claiming it’s available 24/7, they’d all gone home, presumably all partying (without skirts on) and enjoying their Friday nights off. Fair enough, so off to the RAC we went. Jackpot.

Dad spoke to Janet, who was super-friendly and reassuring, but she did ask for a lot of money. Debit card at the ready, details reeled off, and then Janet sent a request for a recovery truck. ‘We’ll be in touch when the truck is on its way’.

Phew. Sorted. Now all we had to do was wait. We shared a cappuccino from the Starbucks On-The-Go machine (Yes, coffee at 10:30pm. Totally normal behaviour… It’s no wonder I’m wide awake, is it?) at the petrol station and resisted the hunger pangs caused by the irresistible smell of fries from the McDonald’s next door. I wasn’t going in a McDonald’s on a Friday night in a skirt with no makeup on – not even for French fries.

By 11:25pm the bright orange flashing lights of our saviour finally burst through the steamed-up windows.

Our Guardian Angel came wearing a hi-viz jacket with a strong East Mids accent to boot. I don’t even know his name, but I’m eternally grateful to him. He’s the reason I’m at home with a cuppa, instead of sitting with soaking hair, dressed IN A SKIRT, on the night bus surrounded by confused drunks wondering why I’ve still got hay fever this close to Christmas. (Yeah, I said it.)

I finally got out of the car, and as he first clocked me I knew exactly what was going through his head: ‘Why is she wearing a skirt?’

It was chucking it down. He let us sit in the front of the recovery truck while he loaded poorly Pedro onto the back. I’ve never been in a recovery truck like that before. It’s quite cool actually, or at least it would’ve been if I didn’t look like I had myxomatosis, had soaking wet hair, and if I wasn’t wearing A SKIRT.

He had five or six Magic Trees around his mirror. It smelled so strongly of Magic Tree in the truck (I’m not complaining, it’s nice, actually) that I can practically still smell it now. I actually smell of Magic Trees.

We dropped poorly Pedro off at the garage in town at midnight, and the recovery man VERY kindly gave us a lift home to the suburbs afterwards, so that we didn’t have to brave public transport or try and flag down a taxi on a Friday night.

When I walked through the door, I got changed. I’m not wearing that skirt anymore.

How was your Friday night?

iPhone Photo Diary: My Birthday In York
What Self-Care Actually Means To Me In 2019 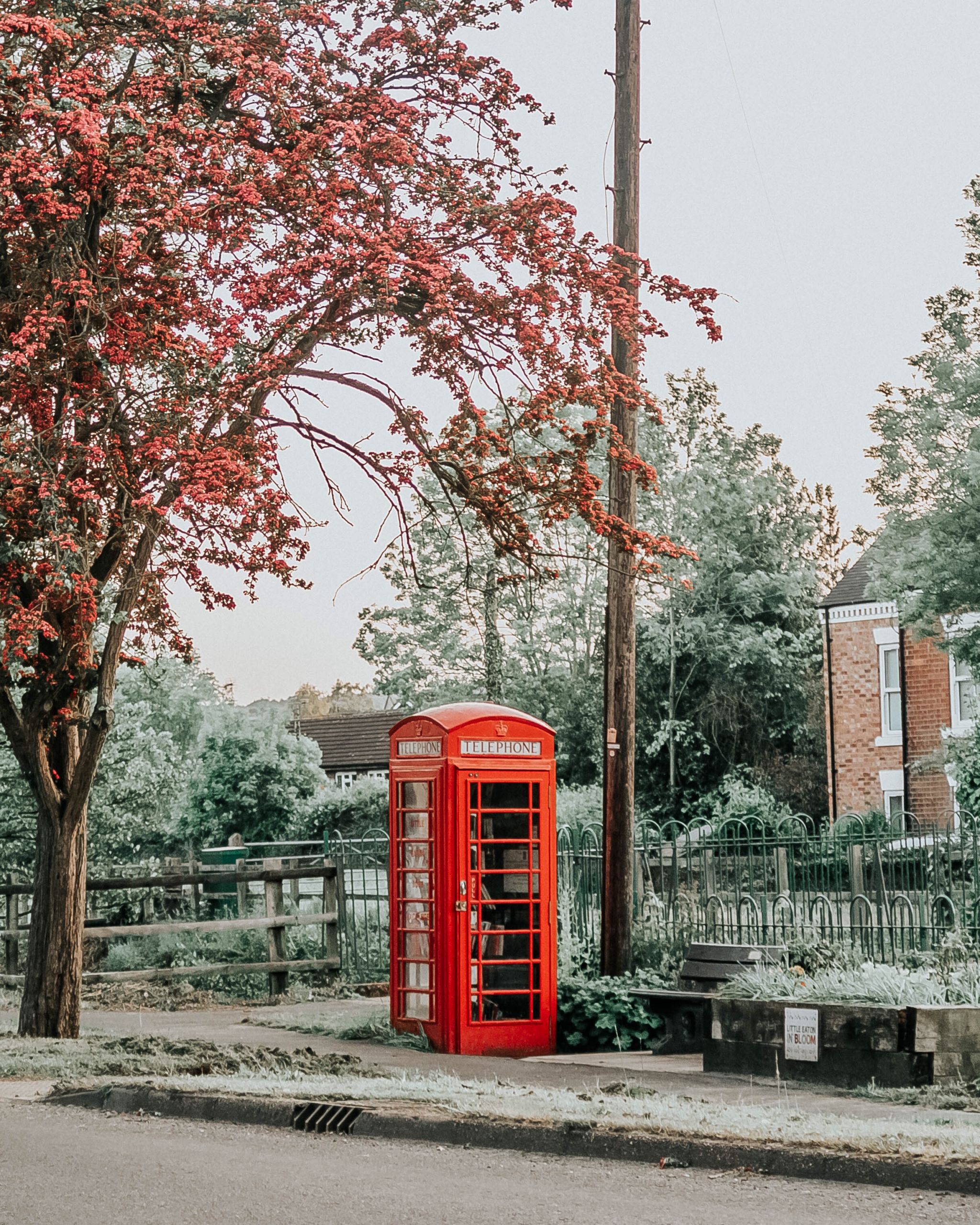 The Joy of Bank Holidays