If you’ve been a loooong time reader, you’ll know I wrote a little review of La Roche Posay Effaclar Duo(+) all the way back in 2014, after a few months of use – but I felt it was time for an update! It’s been a while, after all. And I have been using it for years now, so let’s have a chat about this skincare staple of mine. 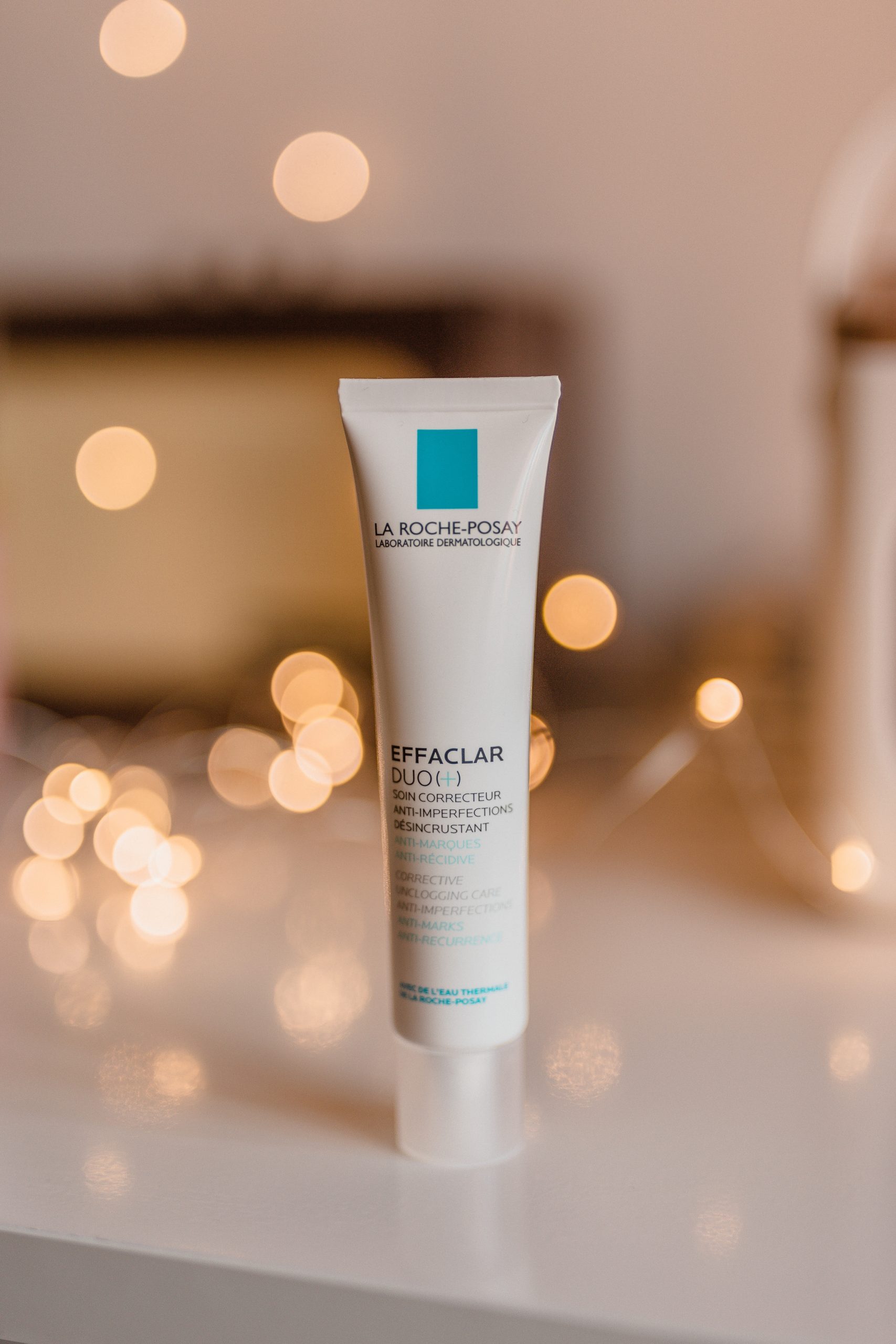 “It’s one of those little understated products that works under the surface without you ever really realising how much good it’s doing – until you stop using it.”

Why I love Effaclar Duo (+)

It keeps my skin clearer. In fact, I didn’t notice how good it was for my skin until I stopped using it for a while.

You know I’ve been banging on about trying to be better with money lately? Well, one of the first things to go from my slimmed down skincare routine was this moisturiser. It is quite expensive, after all. And it does cost £1.50 more than it did when I started using it back in 2014.

I looked at two of the main ingredients in it (niacinamide and zinc) and dabbled with a couple of more affordable skincare products from The Ordinary and Beauty Bay that consisted of those. They were good, but I didn’t find them as good as Effaclar Duo (+). But then they’re a third of the price – roughly – and you often get what you pay for, don’t you?

After about six months of suffering from some of the angriest acne I’ve ever had, I ended up going crawling back to Effaclar Duo with my tail between my legs.

I wrote back in 2014 that it works about 50% of the time, and I’d say that’s still about right. It’s not exactly a miracle product, but it’s one that I always miss from my skincare routine when it’s not a part of it. So, credit where it’s due. It’s one of those little understated products that works under the surface without you ever really realising how much good it’s doing – until you stop using it.

Should you buy it?

If you have problem skin and nothing else seems to be working, yes. If you have the budget to allow for it, definitely. (It’s worth bearing in mind that I set up an alert for it on Alertr and so I get an email whenever it goes on offer at Boots so I can save some money on it.)

If you can’t seem to shift your spots, and you’re not on too much of a budget, then definitely give this a try.

Have you tried La Roche Posay Effaclar Duo (+)? What did you think?

5 Small Things To Do Today To Improve Your Finances
Nip + Fab Glycolic Cleanser: An Anti-Ageing Wonder?