I tried IT Cosmetics CC Cream, so you don’t have to.

IT Cosmetics Your Skin But Better CC Cream (to give it its full title) is a well-loved beauty staple to a lot of people. I got around to picking up a travel tube quite a while ago, and I’ve given it a try over the past few months. Is it as good as everyone says it is?

It definitely isn’t ‘my skin but better’ – if anything, it’s worse.

Without primer, it doesn’t look good on my skin. It kind of just ‘sits’ there. It looks a bit cakey, if we’re being honest. It clings to drier patches, even if I’ve applied a good moisturiser underneath. And even worse: it sinks into fine lines and even seems to accentuate them – much to my horror. With primer, it’s marginally better, but still isn’t great.

Being brutally honest, the IT Cosmetics CC Cream doesn’t look nearly as good as my skin as the ‘before and after’ pictures on the packaging looks. In fact, it’s nowhere near as transformative. It definitely isn’t ‘my skin but better’ – if anything, it’s worse. 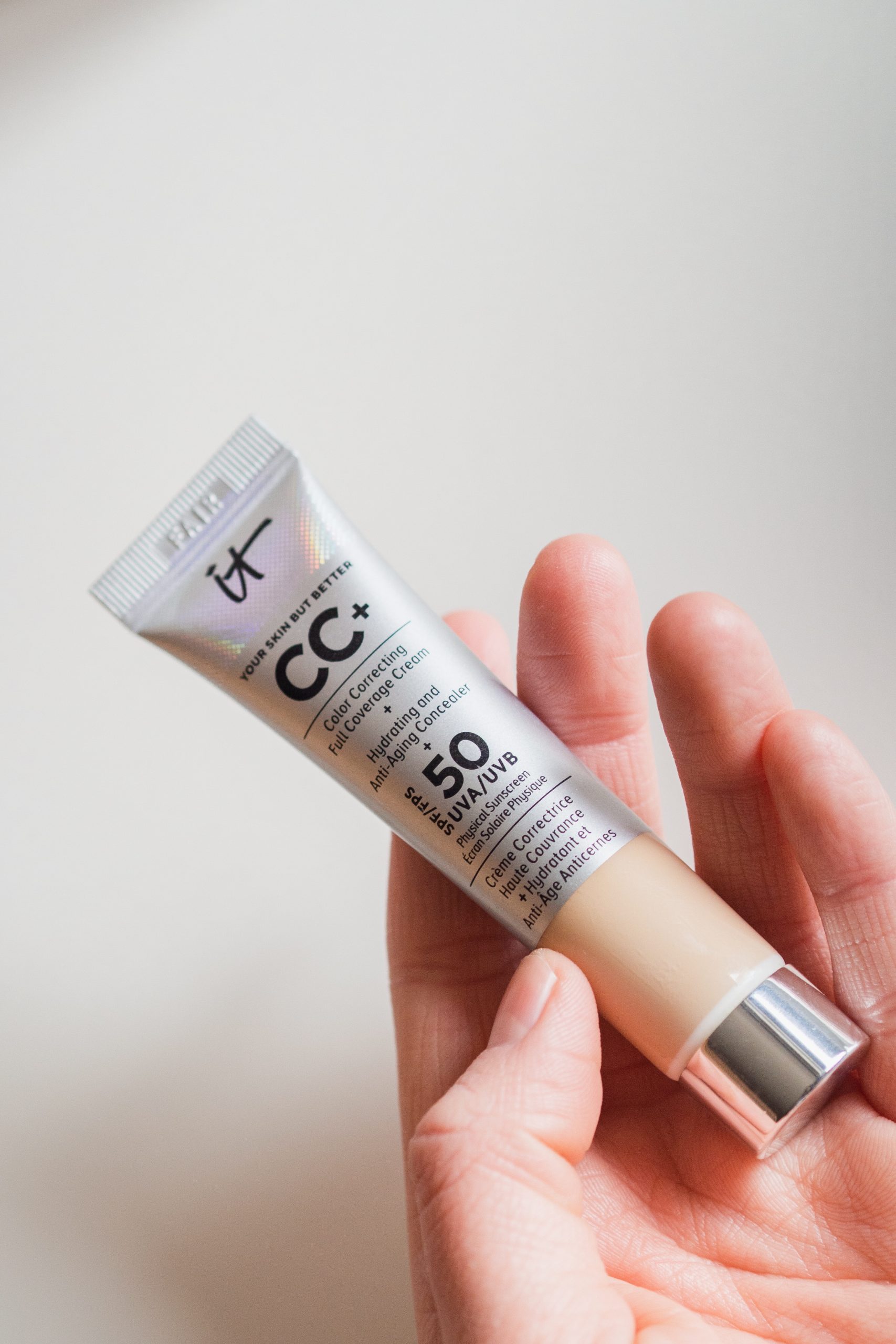 A huge negative of IT Cosmetics CC Cream, as far as I’m concerned anyway, is that it’s too dark for my alabaster complexion. (If you’re a regular reader, you know how deathly pale I am – I struggle to find anything that’s light enough for me, and this product isn’t an exception, sadly.)

I bought the IT Cosmetics CC Cream in the shade ‘fair’, which is the lightest shade that they offer. Unfortunately for me, it isn’t light enough. It’s noticeably orange on my pale skin, and no amount of blending can really hide it.

There are 12 shades, and I’m sure that in the real world, there are many more skin tones out there that are in need of catering for than that.

Does IT Cosmetics CC Cream actually save time?

The packaging states: “Can be used as your foundation, anti-aging concealer, moisturiser and sunscreen, based on your coverage needs.”

Another myth is that it’s supposed to save time, because it’s a multitasking product. It’s one of the main reasons that I was drawn to it; to cut down the amount of time I spend smearing makeup on my face in the mornings.

I honestly found that it takes about as long, if not longer, as using a regular foundation.

How do you apply IT Cosmetics CC Cream?

Still keen on trying it too? The best method of application that I’ve found – through a lot of trial and error – is to use a good sillicone-based primer underneath and apply the CC Cream with a damp sponge (like the Real Techniques Miracle Complexion Sponge or a Beautyblender) or fingers.

Brush application is a no-no. Applying it with a brush leaves awful bristle lines across your face that you’ll have to smooth out with your fingers afterwards. Save yourself the effort and time and don’t bother with a brush.

What’s the coverage of IT Cosmetics CC Cream like?

Not bad. It’s a medium to heavy coverage, to be honest.

If you have problem skin, it isn’t full coverage. So you’ll probably need concealer to cover any outstanding imperfections. I can still see some red rosacea patches on my skin after applying this, but for people with generally good skin, that shouldn’t be much of a problem.

Does it work as a moisturiser? Well, for me, no. My skin doesn’t feel remotely moisturised after taking this off at the end of the day. Granted, it doesn’t dry it out, but it doesn’t moisturise it either. My usual foundation, MAC Studio Sculpt, does make my skin feel softer whilst I’m wearing it. IT Cosmetics just made my skin feel icky and like it couldn’t breathe, to be brutally honest.

I really, REALLY wanted to like the IT Cosmetics CC Cream. So badly. Honestly. I wanted to believe in the hype that surrounds this product, but it sadly isn’t for me.

I’m a bit gutted that I find it a bit less impressive than everyone else seems to have done. I’m disappointed that ‘fair’ isn’t actually fair enough, and that has a tendency to make my skin look cakey and makes it feel like it can’t breathe. (I genuinely don’t want the nickname ‘Cakey Katie’.)

I really like the fact that it has SPF 50 in it. That’s a huge plus for a pale girl like me, but it’s such a shame that it doesn’t look or feel good on my skin.

If you’re keen on trying the IT Cosmetics CC Cream, I’d recommend trying a travel size tube first, like I did, and see how you get on with it. You may well get on with it far better than I have, it might look great on your skin, but I’d also say that anyone thinking of buying it should judge it on their own experience with it, rather than on the hype that surrounds this product.

Have you tried the IT Cosmetics CC Cream?